Well, this has been an extraordinary week by the standards of the UK. Sporting success in the form of the England cricket team trashing the Aussies and Chris Froom winning the Tour de France. However, it is fair to say the only story in the UK has been the birth of the royal baby. You would have thought that nobody else had given birth given the news coverage.

I received the news of the royal birth while on my way home from work. When I switched on the TV I would have expected that the BBC, ITV and Sky to be over the story like a rash. It was when I started to watch the other news networks that I got the biggest surprise.

CNN were broadcasting from outside Buckingham Palace. It seemed surreal to see Christiane Amanpour conducting interviews as though it was gossip. She was born in London so I could forgive her for that. I switched to France 24 and they had wall to wall coverage. Talk about forgotten history. We have always had a love hate relationship. Turning over to the next channel Japan's NHK World and it had the royal baby, the same with Euronews. It was only when I switched to Al Jazeera that I found a station that was broadcasting other news.

I feel this says a lot about the UK and how it is seen by the rest of the world. London is a hub for visitors from around the world and the royal family with all its history, glamour and tradition is the magnet that draws them over. Those visitors who were in London last week will have had an experience never to be forgotten. This is why the birth of Prince George of Cambridge made news around the world and mattered to a lot of people. 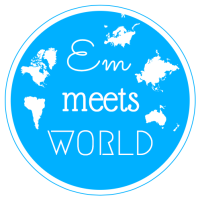 Sharing inspiration, travel stories and life experiences as I live them.